Venus neighborhood in Jaffa belong municipal, Or as an area and some neighborhoods bordering it Maps are called gates, Outskirts of Jaffa (Some also considered the outskirts of Jaffa from Florentin and was previously mapped as part of the orchards before the acquisition by”By David Florentine), Breast borders’ West Jerusalem, Elat North, American Colony Templar east and south through Selma, But today is undoubtedly in its own neighborhood, With boundaries and with her style and uniqueness, Small neighborhood, Crisscrossed by four blocks, A small garden center, Square, Rahat, Fountain and Western Avenue, Gesher Theater and Galleries Art strewn streets, Low neighborhood character, An average of four floors, The neighborhood is similar to recent years Florentine neighborhood, American Colony Templar and Montefiore, Urban renewal by private building coming up to six floors and a lower roof edges, On the one hand the addition of hundreds of small and medium sized apartments on the other hand purchase prices and rental material to Trnsifiktzih (Residents alternative), And old residents in the neighborhood very needles, Most difficult to handle the new conditions, Artists love to her and opened her studio apartment next to, Designers began to arrive in the neighborhood and to open boutiques in combination gallery display, Students, Quite difficult to cope with new prices and are forced to move to other neighborhoods in the city, Or living as partners. 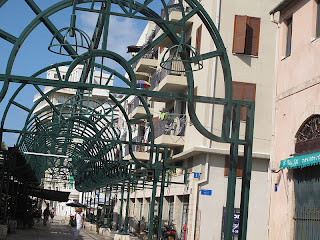 J.Distinctive nature a sad neighborhood, Character again and moving, Spaces on the ground floor, Often quite diverse in size and levels, From tens to hundreds meters that allow flexibility and compatibility with a variety of uses, And a mixture of uses is very unique, Many artists create and art from, Fashion, Culinary, Video art, Sculpture, Ceramics and art street moved there in recent years, It has art galleries and spaces of various sizes, Boutiques of designers, Cafes, Culinary institutions and residential lofts on the ground floor and in industrial, Art usually, Fashion and sculpture galleries and boutiques are, Regularly participates in the event, “See Art, Make art”, “Houses from Within” Open public spaces and galleries to visit and experience throughout the year, Fashion events and projected video art festivals in the evenings, Fashion on Thursday evenings, Neighborhood creates art and live art, Street art galleries and on walls where you can find works by first class street artists, Its architecture, Ranges from Bauhaus, Eclectic style, Mdrnissti and Observations, European-style big buildings, Neo-classical touch, Colonial, And decorated with Oriental, Courtyards and buildings that overlook the street number, It has a small industry disappearing and especially towards the edges through Selma garages and accessory stores, You can still find a tailor and upholsterer and still remains clans, But this vanishing world. 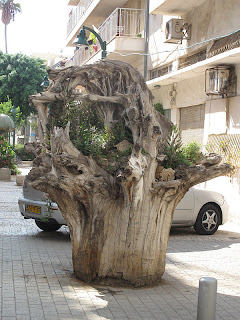 Venus is in the ring neighborhood of Jaffa neighborhoods, Neve Tzedek, The American Colony, Florentine and is within walking distance of tax’ Minutes from the beach, One of the smallest neighborhoods of Tel Aviv-Jaffa, In fact the size is almost identical to the size of the American colony in recent years with expansion, But with an option to expand, With a small garden and a magical garden and the promise of an additional connection is currently being built German American colony as part Huoilig’ And massive construction of new buildings, Existing buildings and existing building plans and because of its size, She experienced a constant rise in prices and rent are purchasing and is a challenge to neighborhoods and successful environment distinguish itself primarily functioning fallen and creators determine their home combined with the workshop, Gallery or boutique, Mix of uses, Architecture and its institutions best known among them is working in Bridge Theatre Noga Israeli Opera served as the third building since its inception by”Aidis the first director to establish a Philippe de New Israeli Opera and past the Opera House Performing Arts, Salona is a culinary institution known and quite popular in the neighborhood and is near Bloomfield Stadium and Flea Market, Pretty safe neighborhood, Enough quality and becomes very difficult to achieve, Also and especially for artists, Create and artists who live there and not knowing where she would go in the coming years. More contemporary process emerging neighborhood close to Venus in recent years, Between Old Jaffa Clock Square, Due to its popularity and due process in the Flea Market (It will be another record, Fourthly tax’ Series “Urban Renewal), Process of mixed uses to the open market most of the day abandoned and desolate hours after Htzhariiim and bustling night which includes housing compound, Boutiques, Culinary life and bustling night and day, Between Street neighborhood concerns helped Marzouk new quarter was built connecting the residential neighborhood of Venus to the flea market one project already renewed the first of its kind with the percentage of dwellings achievable already completed and occupied on auxiliary and Marzouk, Renewal process goes street in recent years and author of the south Tel Aviv and Old Jaffa Sea, Thereby creating a sequence, Increases the safety to go in the evening from the neighborhood to the sea, Jaffa flea market and, Public transport and cycling, I do not know if it is a separate neighborhood or part of the flea market complex, Venus really disappointing is the only neighborhood where there is no point in renting a bike rental project “Tel way” Within the neighborhood or a reasonable walking distance from, The next few points are near the flea market and transition to the station area is dark and walking-friendly, Walking in the neighborhood is an experience and is comfortable with the completion of the Village Project’ Will be a direct link between German and American Colony Florentine mercenaries area know that you can cut through the street Nizzana, Cross the Eilat and cutting through the station compound and Neve Tzedek and actually walk a tax’ Minutes to reach the point of renting “Tel way” As part of the station complex, But such a dark way that many would prefer to give it up, Unless the municipality will develop a paved and lighted, In this situation would improve dramatically, Venus neighborhood is also an excellent transportation node, Located on the Red Line route built in recent years and the transportation routes leading to anywhere in the breast’ Jerusalem, Through Selma and Jaffa Elat. 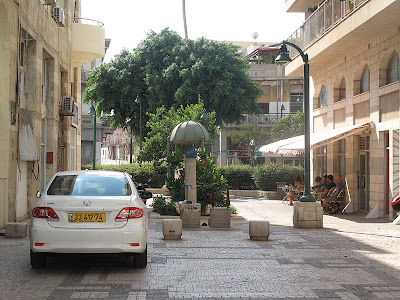